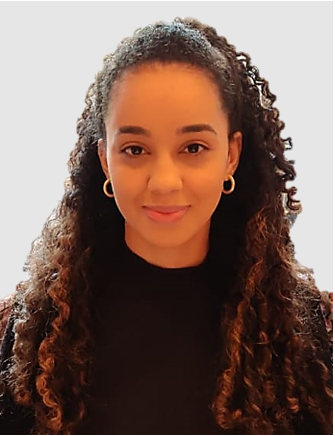 Ana Claudia Siqueira was born in Rio de Janeiro, Brazil. In 2018, she obtained a BSc in Pharmacy from the Federal University of Rio de Janeiro (UFRJ), Brazil. While studying for this degree, she has undertaken a variety of placements across academia and industry, including roles in research, quality control, and regulatory affairs. Furthermore, Ana embarked on the Brazilian government-funded exchange programme “Science without Borders” to join the Quality by Design course at De Montfort University (Leicester, England). Afterwards, as her final BSc project,  she joined the industrial technology lab at her Faculty of Pharmacy to work with the development of a nanocomposite excipient, using clay material to obtain better flow properties.

In 2020, Ana graduated from the international and interdisciplinary NANOMED programme, an Erasmus Mundus consortium, obtaining a Joint Master`s degree in Nanomedicine for Drug Delivery. During which, she rotated among four universities – University of Paris and University of Angers (France), University of Pavia (Italy) and University of Nottingham (England). In the 2-year programme, Ana performed two research internships focused on formulation development of small molecule drugs with non-viral nano-sized vectors; First, in Angers, she worked with liposome-like vector to encapsulate hydrophilic drugs for oral delivery. Then, in Nottingham, the project focused on hyaluronic acid-coated nanocapsules loaded in a hydrogel for intraperitoneal delivery to treat advanced ovarian cancer.

Outside working hours, Ana enjoys being active, mainly outdoors, going cycling, hiking, or just for a walk. She loves taking dance classes and also likes to work out and taking gym classes, such as yoga, to help to keep both body and mind healthy. At home, she loves baking, including being adventurous with new or experimental recipes to turn the sweet treats into something more nutritional and healthier.

Ana will join CARTHAGO in July 2021 as an Early-Stage Researcher in the PhD programme in Nanoscience at the Interdisciplinary Nanoscience Center (iNANO), Aarhus University (Denmark). She will be based at the iNANO and Albumedix Ltd. (Nottingham, England) under the supervision of Dr Ken Howard and Dr Jason Cameron, respectively. Her project will focus on the formulation, characterization and in vitro and in vivo evaluation of albumin-binding nucleic acid designs for improved treatment of osteoarthritis.