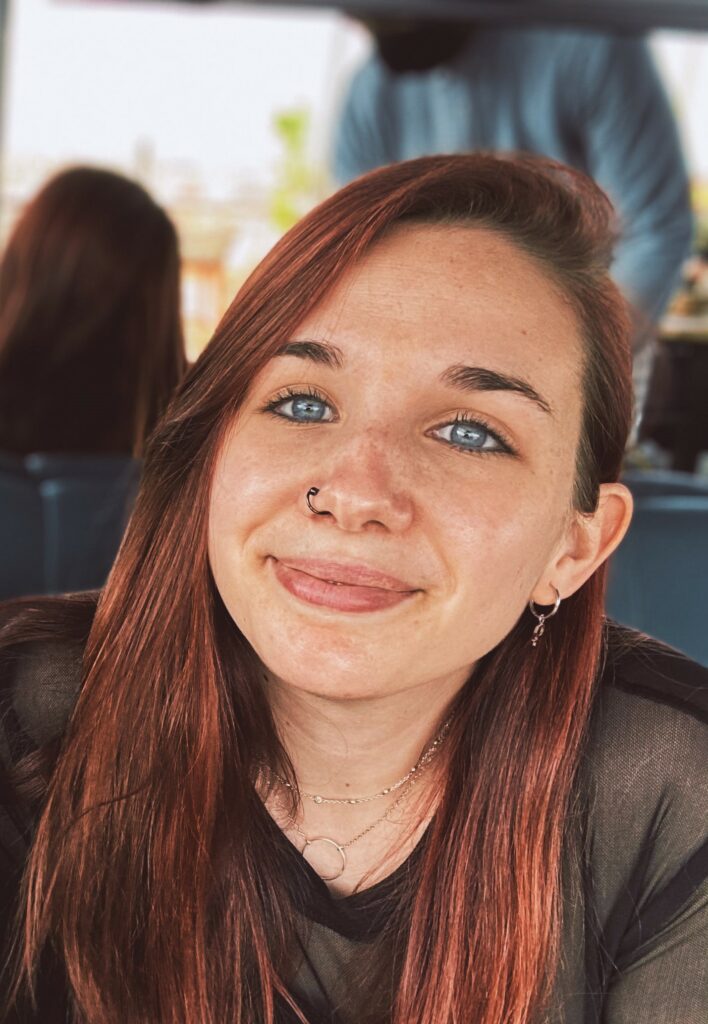 Sara Zarzo Arias was born on 23rd of June of 1995, in Madrid, Spain. In 2019 she finished her Bachelor in Chemistry in the Autonomous University of Madrid (UAM). During her bachelor, she received a grant that allowed her to study for a year in Stony Brook University in New York. Sara also did an internship in the Biological Research Institute (CIB) in Madrid, where she worked with the synthesis of dual compounds for neurodegenerative diseases. Her bachelor thesis was about the endocannabinoid system and it was carried out in the Institute of Medicinal Chemistry (IQM) in Madrid. After her Bachelor, Sara enrolled on a master’s degree in Drug Discovery, which was offered by three different universities in Madrid: Universidad Complutense of Madrid, University of Alcalá de Henares and University CEU San Pablo. Her master thesis was a continuation of her bachelor thesis about the endocannabinoid system in the same institute. After her master, Sara worked as an intern in a chemical-pharmaceutical company called JUSTESA IMAGEN S.A.U. doing organic synthesis.

Sara has two passions: dancing and laying in the beach, or any place with plenty of water and sun. Although she is also a very big fan of a stay-at-home plan with movies and popcorn, she absolutely loves food and traveling. Indeed, two of her favorite tourist activities are eating out and trying the local food.

Within CARTHAGO, Sara will work at the Institute of Biomedical Engineering (INEB) in Porto, Portugal, in the nanoBiomaterials for Targeted Therapies (nBTT) group under the supervision of Ana Paula Pêgo and Victoria Leiro. Her project will focus on the design, synthesis and characterization of dendrimer-based vectors for nucleic acid delivery to cartilaginous tissue of the joint and IVD and, later on, in collaboration with other partners, performing in vitro evaluation of those dendrimers.